The wet spring and summer has been bad news for many species such as butterflies, bees and birds – not to mention Dartmoor walkers! – but one iconic species will benefit from the volumes of water cascading off the high moor: the Atlantic salmon.

At this time of year, they make their way up to the upper reaches of Dartmoor’s rivers to spawn in the same place they were spawned several years before (how they know their way is one of the great unsolved mysteries of biological science).  They seek out shallow stretches with gravel on the bottom where the fertilised eggs will be protected from predators.  If the water level is low, swimming all the way from the sea through rocky gorges and up waterfalls or weirs is an even harder task – the fish need a certain volume of water to get up the speed to make those fantastic leaps or simply to skim past the many pools and obstacles found in moorland rivers.  This year, with all the rainfall we’ve had, their lives will be considerably easier – and they need all the help they can get.  Populations have been steadily falling for years, for a whole range of reasons beginning with over-fishing out at sea to pollution closer to home.

Last Sunday, during our locals’ walk from Dunnabridge to Bellever and Lakehead Hill, we had a picnic at Bellever Bridge.  I had started talking about salmon migration and spawning as we walked along the East Dart and at that very moment we came across a sizeable salmon carcass lying on the grass by the river.  It had been thoroughly consumed from head to tail, with the skin folded neatly back over the tail, a sure sign that an otter had enjoyed a good meal - they always start at the top and roll the skin neatly back to the tail cleaning the bones as they go.  Otters hardly ever catch fit salmon and seatrout, but they make up for it at spawning time as the 'spent' fish become an easy target.  Hopefully this one had already left fertilised eggs upstream before it became breakfast for another important animal in the Dartmoor ecosystem.

Many years ago, the Dart around Bellever was quite literally swarming with salmon at this time of year.  The drastic decline in numbers has led to a lot of work being done on the moor to ensure the rivers are as good a habitat as possible for salmon, including the blowing up of a weir on the river Taw that was blocking their route upstream and, less dramatically, a programme of work with volunteers which involved removing weed growth from the gravel areas where spawning takes place.  These babbling brooks, if they’re near to a carpark or road, become popular picnic spots and what child (or their parent) can resist clambering in to build a dam after lunch?  Unfortunately, these dams slow the water flow, encouraging weed growth, and create obstacles for the salmon which they can’t leap over as by this point the rivers are too shallow.  So another task for the volunteers was to remove large stones from in or near that part of the river and hide them in a gorse bush so that dam-building would become impossible!

If you see signs by a high moorland stream asking you not to build dams, you’ll know that’s the place to go on a late autumn or early winter moonlit night, and with a bit of luck you might see the silvery salmon making the next generation together (although I’m told they’re very shy, so you have to be quiet).  If you’re interested in joining an expedition to see this phenomenon in real life, get in touch through my website.   If you can’t make it, here’s a youtube clip showing what you’re missing:  http://vimeo.com/1617296.   Next December, the expert fishing folk at High Dart - http://www.highdart.co.uk/ - will be offering specialist short breaks to enable people to experience spawning season.

END_OF_DOCUMENT_TOKEN_TO_BE_REPLACED 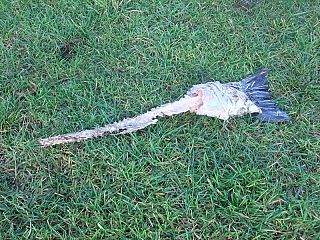 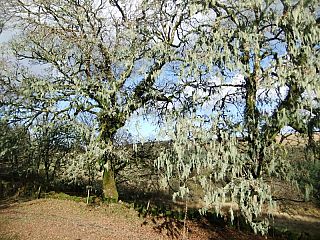