Walking the Lych Way in September

Of all the routes across Dartmoor, the Lych Way – or “Way of the Dead” – is perhaps the best known and one of the oldest.  When the Saxons settled in Dartmoor in early medieval times, they established what became known as the Ancient Tenements in the West and East Dart valleys, the geographical heart of the moor.  The people who lived there were part of the Parish of Lydford, which was the ancient capital of Dartmoor.  The town of Lydford lies to the far west of the moor and parishioners had to travel there to receive the Sacraments as well as to bury their dead in sanctified ground.

The Lych Way is thus the path trodden for centuries by people carrying their dead to Lydford for burial.  In 1260, the residents of the Ancient Tenements petitioned the Bishop of Exeter to use the much closer to hand Widecombe church for burials and other sacramental purposes.  Permission was granted and a new route, the Church Way led from the East and West Dart valleys to Widecombe.  But the Lych Way continued in use for those who had business in Lydford and now it makes a wonderful 11-mile day walk across a fabulous range of scenery.

Starting at Bellever, the path goes past the disused gunpowder factory at Powder Mills and over Longaford Tor, then crosses the West Dart just above Wistman’s Wood.  It passes below Lydford Tor, crosses Conies Down Water and then heads over some high moorland at Conies Down and Cocks Hill.  At White Barrow the track drops down on Wapsworthy Common to Baggator and into the enclosed lands around Willsworthy, crossing the beautiful River Tavy at Coffin Wood.  The final stretch crosses the Wheal Jewel Leat below White Hill and follows tracks through fields and meadows into the village of Lydford.

This walk takes place on Sunday, September 9th.  Meet either at Ashburton at 9.30 am (car share from here) or at 10 am at start point in layby on main road between Two Bridges and Postbridge.  Transport will be provided back to start point, picking up from Lydford at 5 pm, back at start point before 6 pm.

Note:  While the full Lych Way is 12 miles, we are not starting at Bellever itself, but on the far side of the wood (which is having a lot of forestry work done in it, so is not much fun to walk through).  This means today's walk is only 11 miles long!

END_OF_DOCUMENT_TOKEN_TO_BE_REPLACED 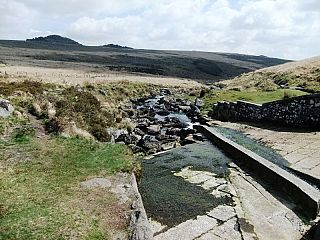 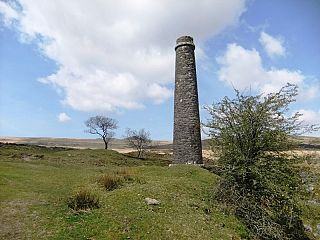 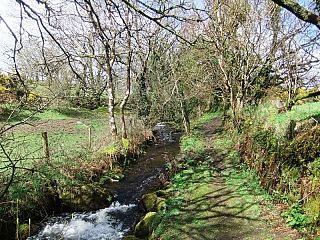